As many experts say, girls aren’t as big fans of porn. That’s why girls end up creating it on their own, with many macho reminiscences of what they consider so morbid and forbidden, but more adapted to their tastes and fantasies they’re not allowed to have. That comes to light in literature through the form of fanfiction. A lot of these stories focus on LGBTQ pairings – gay couples predominate over female couples in certain stories. I actually blame this on the fact that the media don’t know how easy it is to ship two men who have 90% interaction in a film or series rather than the romantic interest imposed on women that appear 5%. Sorry, chemistry is chemistry and you have it with certain people. The more they go out with you, the more interesting they are. Fanfiction is a way to explore one’s own sexuality, whether one is gay, bi, straight or other sexuality. It’s also spurred in part by the morbidity of doomed relationships – you’ll find many toxic couples defending themselves to death because society refuses to recognize what an abusive relationship is, so it’s not meant to be in the fanfiction (and in most books) either. Sometimes, however, there are toxic relationships raised as what they are and with the intention of exploring them – and also because they are not found elsewhere.

It’s very common for fanfiction writers to pull out two characters… like Draco and Harry, from their natural environment and put them in a romantic relationship to explore what that would be like (let’s face it, JK Rowling wasn’t putting that in her books. We will have the crappy hetero equivalent – Twilight fanfics are everywhere and download all that contained sexuality that Doña Meyer refused to treat – but that doesn’t satisfy and you want more. And you want it in ways that go beyond the controlled line of the original medium. Maybe you want to see Brienne and Jaime together, helping each other, just as there are people who romanticize the relationship of Sansa and the Dog or wanted a lesbian affair between other girls – lesbian relationships, unfortunately, are just much less popularized, I guess partly because we almost never see women interacting with each other on-screen, thus limiting the shipping that is possible. That’s why couples like Avatar’s Asami and Korra were already very popular before the directors decided to make their cowardly exit without confirming anything. Or something like Young James Herriot or Temilio even.

That doesn’t make it bad. Every day we read free sex in hetero novels and where women are reduced to a ridiculous position. Often fatally written. And we buy it, although we criticize it, while we look for another type of literature and we don’t usually find it because we get it or the most commercial is promoted.

I wrote this article because I was reminded that fanfiction is seen as something bad that a serious writer should not do. Well, I don’t agree, although it depends on the person. You’re not going to improve your writing skills simply by making fanfics. That’s inherent in your effort and how you approach your story (the overall writing process and how you approach it). Just as you are encouraged to read and write everything, fanfiction should not be an exception. After all, you may one day want to write a more dignified adaptation of Greek mythology than Percy Jackson and that will require research and understanding of the gods. I see stories like that all the time on various fanfic sites. Or maybe one day you want to write a novel set in a chapter of the Bible.

And then you may find that writing fanfiction is more difficult than you thought.

Is fanfiction a genre? Personally, I think so, but I won’t face anyone who tells me they don’t think the same. After all, it’s difficult to get a complete picture of this world and so it’s even more difficult to classify it. But it has its merit, its existence and definition as a group that has many things that commercial literature… no.

Although it’s impossible at the moment, I think we should stop denigrating a unique form of storytelling that hasn’t been worked on. It’s the equivalent of looking over one’s shoulder at children’s book publishing in general and not at specific books or authors. You may not like it, but it has its effort and its demands. The same goes for fanfiction, which is a product literally made of feelings because it doesn’t ask for anything in return.

For my part, I can’t stop thanking you for the good times you’ve given me and that you’ve made me whine more than once. So thanks to all of you who have read so far and to the writers who devote their time to expanding the fandom and breaking my heart in their free time. 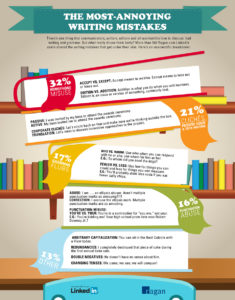